Complete specs cut in for Scream Factory’s “BEHIND THE MASK” Blu-ray, plus art

One of the best slasher films and meta horror movies of the 2000s comes to Collector’s Edition Blu-ray next month via Shout! Factory on its Scream Factory label. Jump past the jump for the full details on this new release of BEHIND THE MASK: THE RISE OF LESLIE VERNON.

The Blu-ray streets March 27, featuring a new HD master for the 2K intermediate, presented in 1.85:1 widescreen. Directed by Scott Glosserman from a script he wrote with David Stieve the movie stars Angela Goethals as a documentary filmmaker who trains her camera on masked murderer Leslie Vernon (Nathan Baesel) and becomes way too involved with her subject. Robert Englund, Scott Wilson and Zelda Rubinstein co-star. Bonus features on the disc are:

Retail price is $34.93, and you can pre-order the Blu-ray for $27.93 at the Shout! Factory website and have it shipped two weeks early, with a free 18×24” rolled poster of the new artwork, while supplies last. 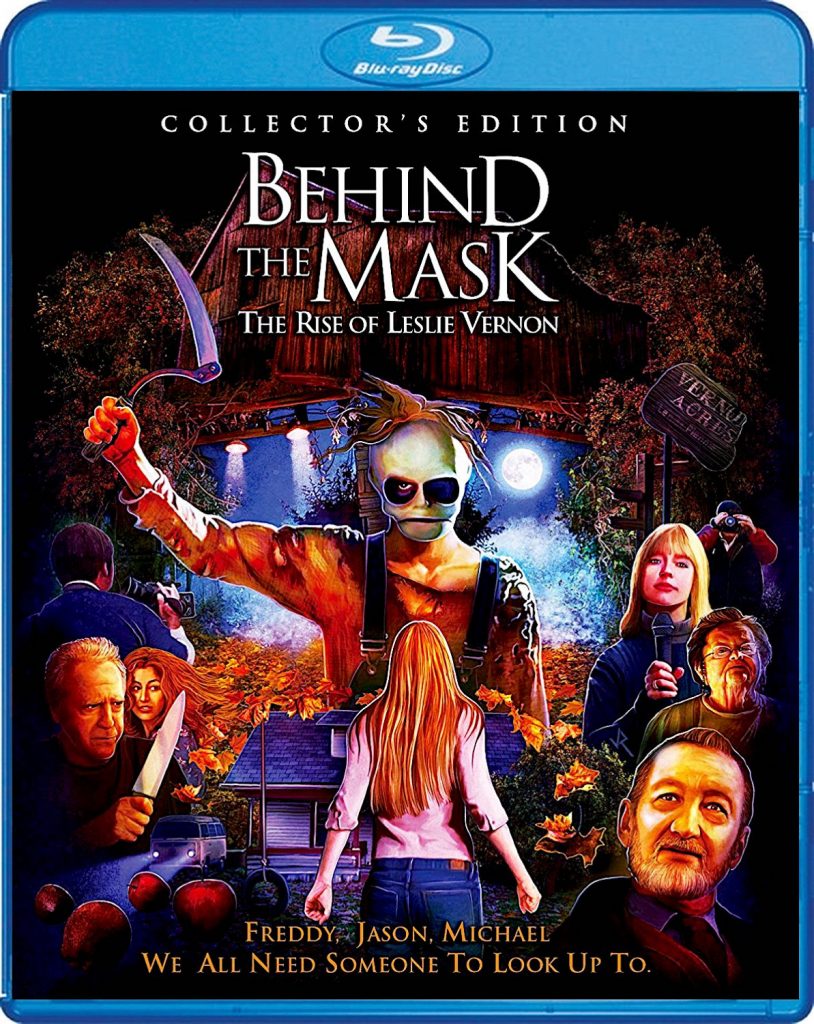