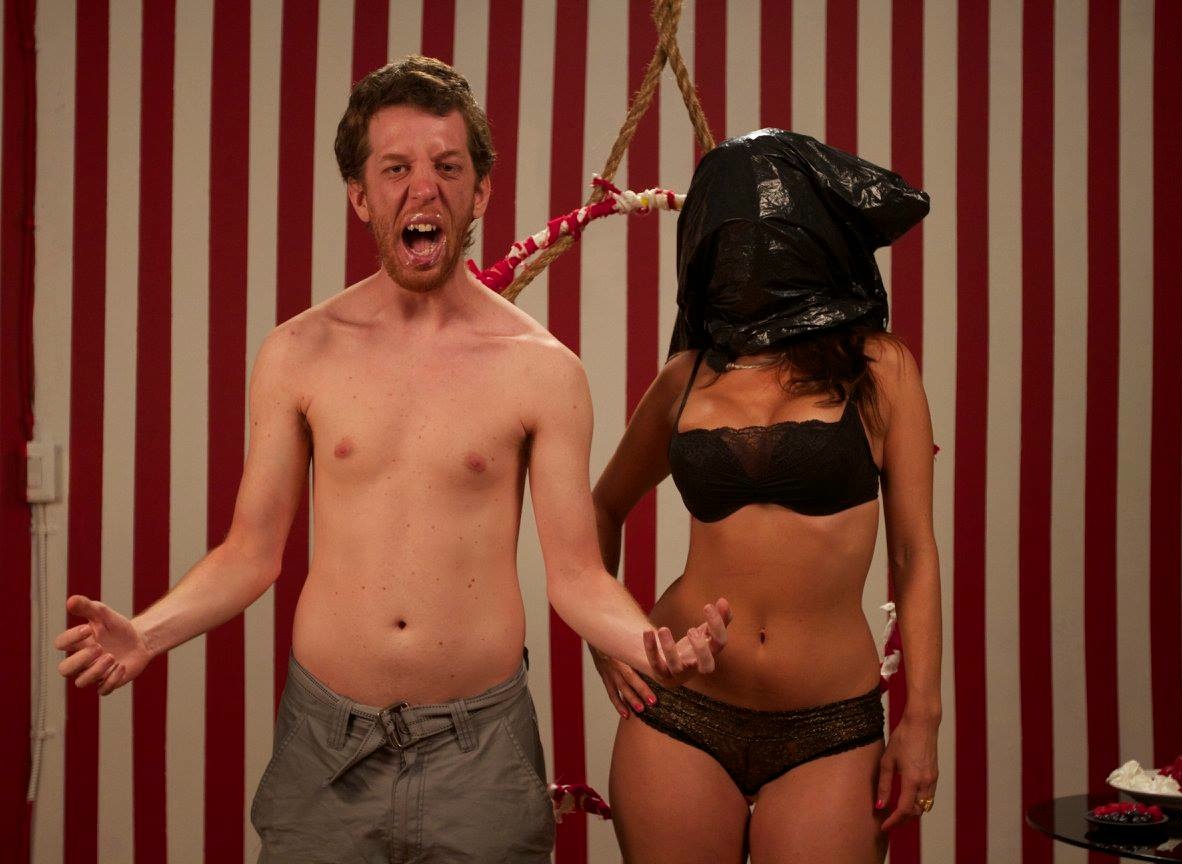 The mean streets of New York aren’t so mean anymore, but there are filmmakers still finding pockets of sleaze and depravity amidst the city’s safer 21st-century environs. Harking back to the glory days of MANIAC, BASKET CASE and DRILLER KILLER is BAG BOY LOVER BOY, a uniquely disturbing psychothriller from first-time feature filmmaker Andrés Torres.
Debuting on Blu-ray and DVD today from Severin Films, BAG BOY LOVER BOY stars Jon Wachter as Albert, a young man who lives alone in a small, porn-festooned apartment and works a hot-dog cart on a Lower East Side street corner. He clearly has certain mental deficiencies and an objectified view of women, but he seems harmless enough…until he’s “discovered” by pretentious SoHo photographer Ivan (Theodore Bouloukos). Recruited by the manipulative, opportunistic shutterbug to pose with sexy models in fetishistic scenarios, Albert takes that final step around the bend and begins to demonstrate a violent side. 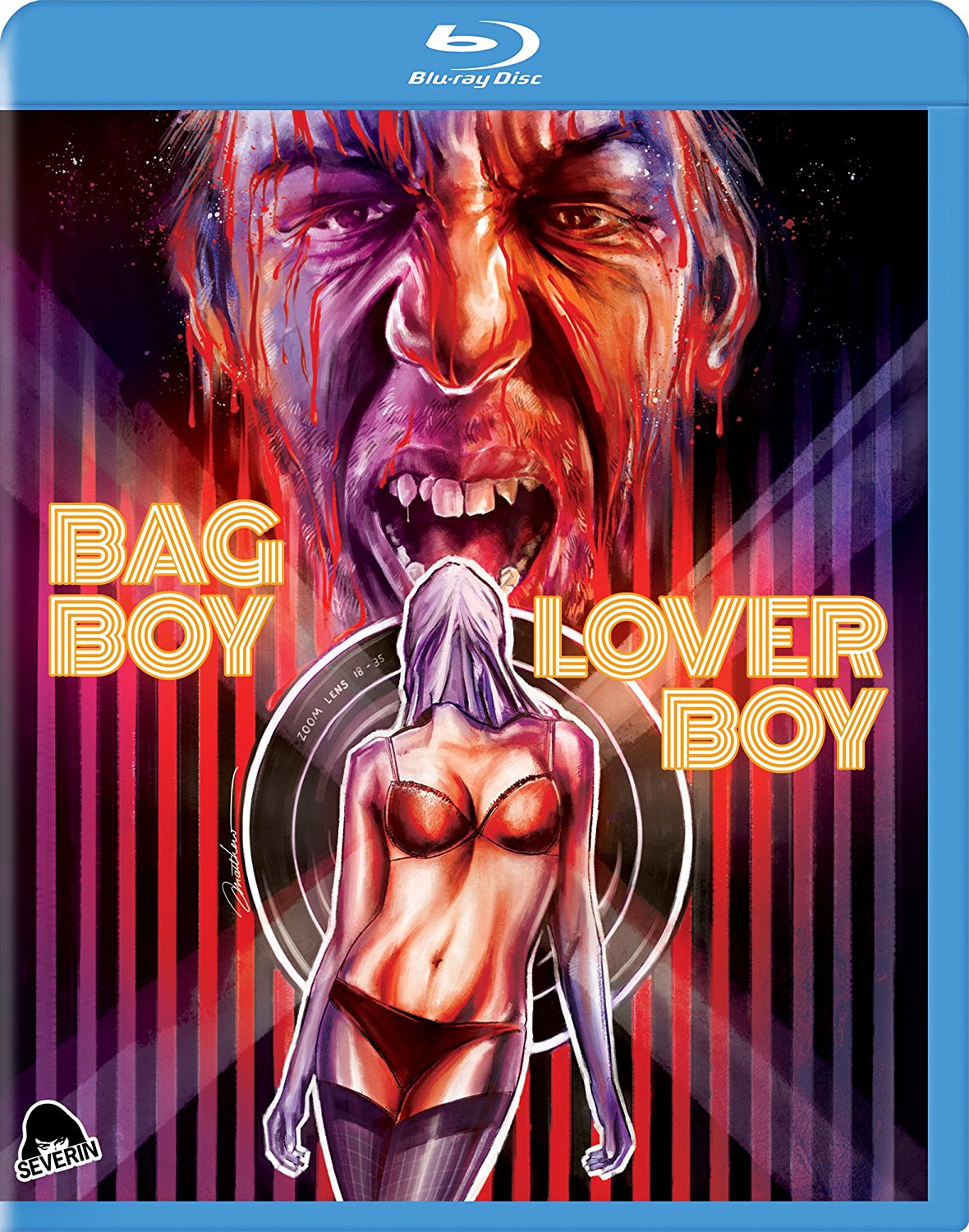 As an unbalanced character murderously acting out in the Big Apple, the mild-mannered Albert is kind of an anti-Joe Spinell or Abel Ferrara. Nonetheless, Torres (who scripted BAG BOY with Toni Comas) intended him to capture a feeling of frustration that’s still very much extant in the city. “We were trying to make a movie that said something,” the director explains. “If you treat someone badly for a long time, it starts degrading them, and it accumulates, like a pressure cooker. And eventually it’s going to explode. I wanted to find a story that expressed that.”
The emotions, if not the specifics, of BAG BOY were inspired by Torres’ own experiences running a camera-rental company. “I was trying to survive, and people were saying, ‘This movie will be a big success, so we’ll pay you with Facebook likes!’ ” he recalls. “I love New York, but I feel at times it’s not hard to become snobby, and I can see how easily someone could become Ivan. And that does affect others; that constant negative, negative, negative energy can make you want to scream, and there’s no one to scream at. You hold it in, and you have to find a way to let it out. That’s what I wanted to explore with BAG BOY.”
Wachter, whom Torres has known since film school, inhabits the role so completely that some audiences at festivals (including Montreal’s Fantasia, where this interview took place) suspected he was simply playing himself, and that the director took advantage of him. Torres says that’s not the case: “I don’t want to come off like I’m exploiting Jon. He’s a really interesting guy, and I’ve seen him in so many situations where right away, people thought he was different in a bad way, and they never spoke to him. They judged him without knowing him. I remember one time we went to a girl’s house, and the concierge would not let him in, because he thought Jon was a homeless man or crazy or something. For someone like Jon, who’s actually very intelligent, to face those kinds of situations constantly is degrading, so I felt he was perfect for this.”
BAG BOY producer Ziyad Saadi adds, “Because Jon has gone through so many things that he brought to the role, many people think he’s like that in real life. It falls into the category of him playing what people already expect him to be, when he’s really much more than that. Anyone who talks to him will see that he’s very smart and articulate, and not nearly as awkward as he is in the movie.”
BAG BOY LOVER BOY was partially shot guerrilla-style, though the filmmakers did have permits to shoot the hot-dog cart scenes—once they found a cart operator who spoke sufficient English for them to work out a deal to use it. And even those situations where they lacked permission didn’t pose much of a problem. “It’s easier in New York,” Saadi notes, “because sometimes people just assume you have all the necessary permits. They’ve seen it so many times, it’s like a normal thing. It doesn’t stand out anymore when you see people filming on the streets of New York.”
One of the most troublesome situations, they reveal, arose on a day when they had those permits. “We did some of the cart scenes on July 4,” Saadi recalls, “so we got a bunch of drunks coming up and demanding hot dogs.” Adds Torres, “They didn’t understand that it was closed, because it was all lit up. They just assumed that they were going to be served!”