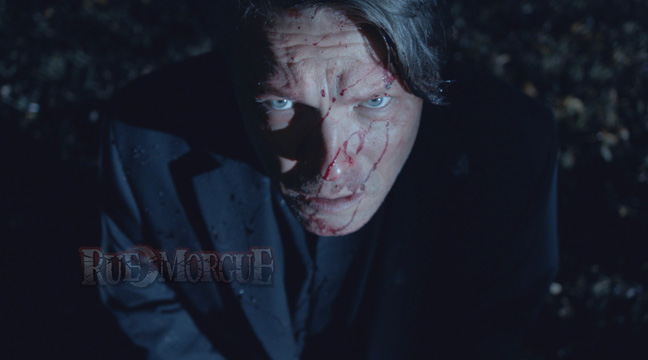 No relation to the Lamberto Bava gorefest, the psychological/supernatural chiller DEMONS sees release this Halloweentime. We’ve got exclusive pics from the movie to share, plus words with its creator and news of its premiere.
Written and directed by actor Miles Doleac, who also plays the lead role (pictured above and in 1st photo below), DEMONS is set for theatrical release via Uncork’d Entertainment in October. It will world-premiere at Arizona’s Jerome Indie Film and Music Festival, which runs September 7-10 and partially takes place in an actual ghost town! Lindsay Anne Williams, Steven Brand, WISHMASTER’s Andrew Divoff (2nd and 3rd photos), John Schneider, Kristina Emerson, Gary Grubbs and Jessica Harthcock (4th photo) also star; the synopsis: “Eight years ago, Father Colin Hampstead [Doleac] oversaw an aborted exorcism that resulted in the gruesome death of 17-year-old Jewel Grant, in rural Louisiana. The deceased girl’s older sister, Kayleigh, grew immediately attached to Hampstead and sought him out, at first for grief counseling and then, for much more.
“Eight years later, Hampstead has left the priesthood and become a celebrated fiction writer, specializing in stories about the occult, and he and Kayleigh [Williams], now his wife, have a beautiful daughter and run a well-known bed and breakfast in Savannah, GA. When the couple agrees to host a wedding for one of Colin’s college friends, what begins as a BIG CHILL-type reunion turns into something much more macabre, as the seemingly omnipresent ghost of her dead sister Jewel compels Kayleigh to engage in bizarre, destructive behaviors that endanger the lives of both her friends and herself.” 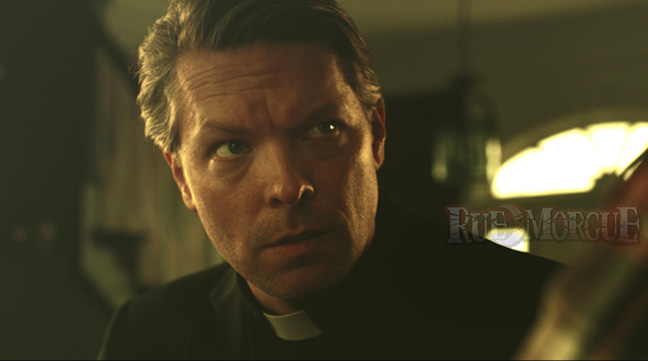 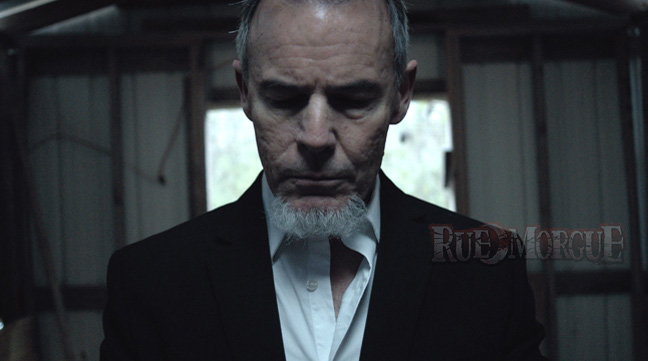 “Initially, my decision to write a horror script was predicated on necessity,” Doleac says. “I had a synopsis for an exorcism script that my wife Lindsay and I had worked up together. A major distributor had expressed interest, and wanted to see a script ASAP. I didn’t have one, so I pounded out a pretty serviceable draft within a week and sent it on. The distributor in question had kind words for the script, but passed, saying it was ‘too dark’ for their catalogue. I took that as something of a compliment. It’s an old saw in the film universe by now that horror films are the surest bets to make money, certainly on the independent side of things. I refined the script a bit and passed it along to Keith Leopard at Uncork’d, the company that distributed my last film THE HOLLOW. Keith and I discussed and decided it was worth making at a lower budget, with Uncork’d distributing.
“I’m very glad indeed that I wound up making DEMONS on my own terms, as Keith and Uncork’d are extremely supportive of their directors’ creative freedom,” Doleac continues. “For one, the script became more personal to me than I thought it would be at first. It explores a number of issues that I’ve looked at in my previous films THE HISTORIAN and THE HOLLOW. I was able to plumb deeper into a subject that has always fascinated me: the impact of religion, especially when narrowly focused, on families and relationships. Add to that the very question of faith, which means such different things to different people. For Colin, faith demands constant questioning, even if—maybe especially when—the answers don’t come. But what happens when you do get answers and they aren’t what you expect? What happens if they drive you away from the seeming core of your belief system? Who do you become?
“The film is also my most female-forward one to date, I’m proud to say. I came to care especially about the women in the script: Kayleigh, Lara [Emerson] and Jewel. The first two have suffered profound physical and intellectual abuse, each dealing with the repercussions of that abuse in different ways, and Lara defies typical expectations of female power and sexuality. All three are swirling around one another, exploding into the great forces of nature each is capable of becoming. Being able to cast exactly who I wanted in those roles was huge for me, and all of those actresses delivered brilliantly. Then adding Steven Brand, Andrew Divoff and John Schneider to the mix, each playing a character who’s not quite what he seems on the surface—each was so keenly able to peel away the layers of the onion and reveal the truth beneath those charismatic facades.” 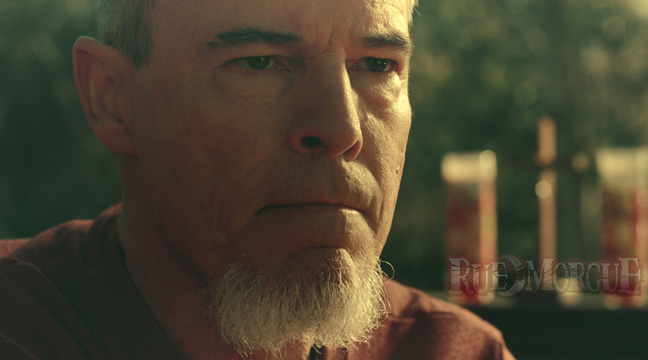 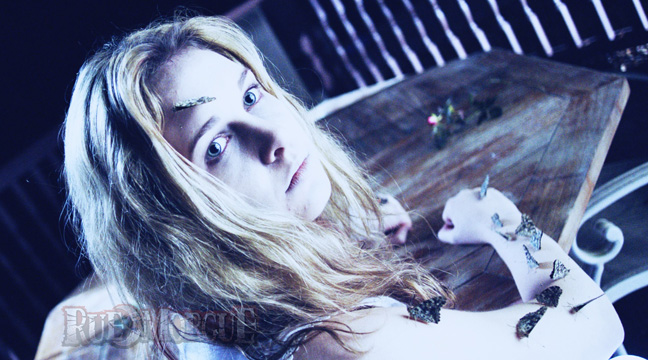