Exclusive trailer: Get caught up in “3: AN EYE FOR AN EYE”

Vengeance is theirs, and it could become truly shocking in 3: AN EYE FOR AN EYE, a confinement thriller set for release next month. Jump past the jump for an exclusive first peek at the trailer.

Uncork’d Entertainment releases 3: AN EYE FOR AN EYE on VOD August 7. Lou Simon (an award-winner for her previous sci-fi/horror opus HAZMAT) wrote and directed, and the movie stars Aniela McGuinness, Todd Bruno, Mike Stanley and Katie Carpenter. The synopsis: “A man [Bruno] and a woman [McGuinness] kidnap her rapist [Stanley] in order to extract a confession from him. They need to get his confession on tape, because he has made up an alibi. Locked up in the basement of a remote home, he is unwilling to confess on camera and continues to assert his innocence. With time running out, how far are they willing to go for justice—and what if they are wrong?” 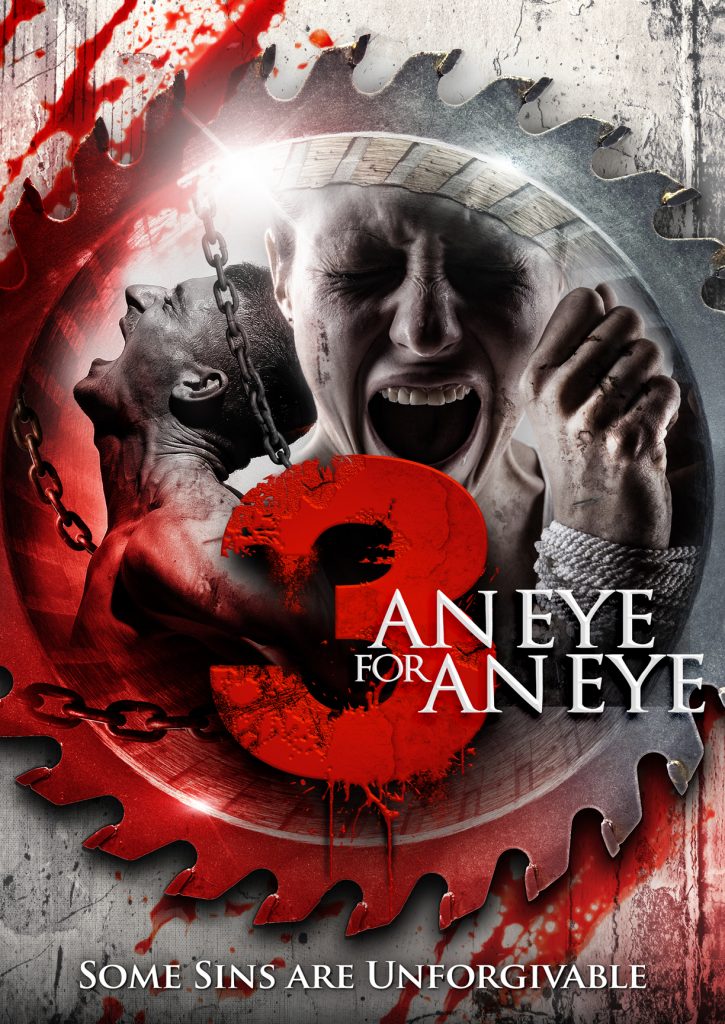