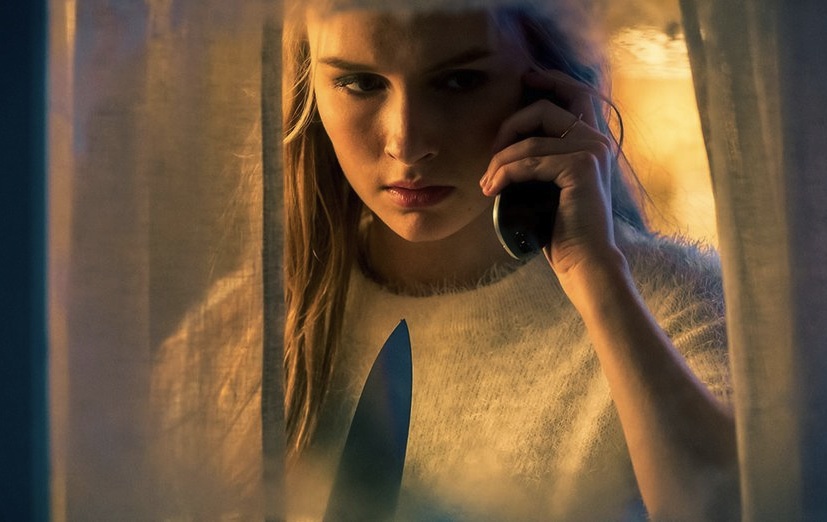 Starring Levi Miller, Olivia DeJonge and Ed Oxenbould
Directed by Chris Peckover
Written by Zack Kahn and Chris Peckover
Well Go USA
You BETTER WATCH OUT, all right, because Chris Peckover’s holiday anti-cheer horror film, which just played Montreal’s Fantasia festival ahead of its U.S. theatrical/digital debut October 6, will surprise and scare you for the entirety of its running time. This is no simplistic SILENT NIGHT, DEADLY NIGHT-style slasher flick, but a very clever and consistently suspenseful film that announces Peckover (whose previous genre outing, UNDOCUMENTED, explored a very different milieu) as a crafty and assured talent. 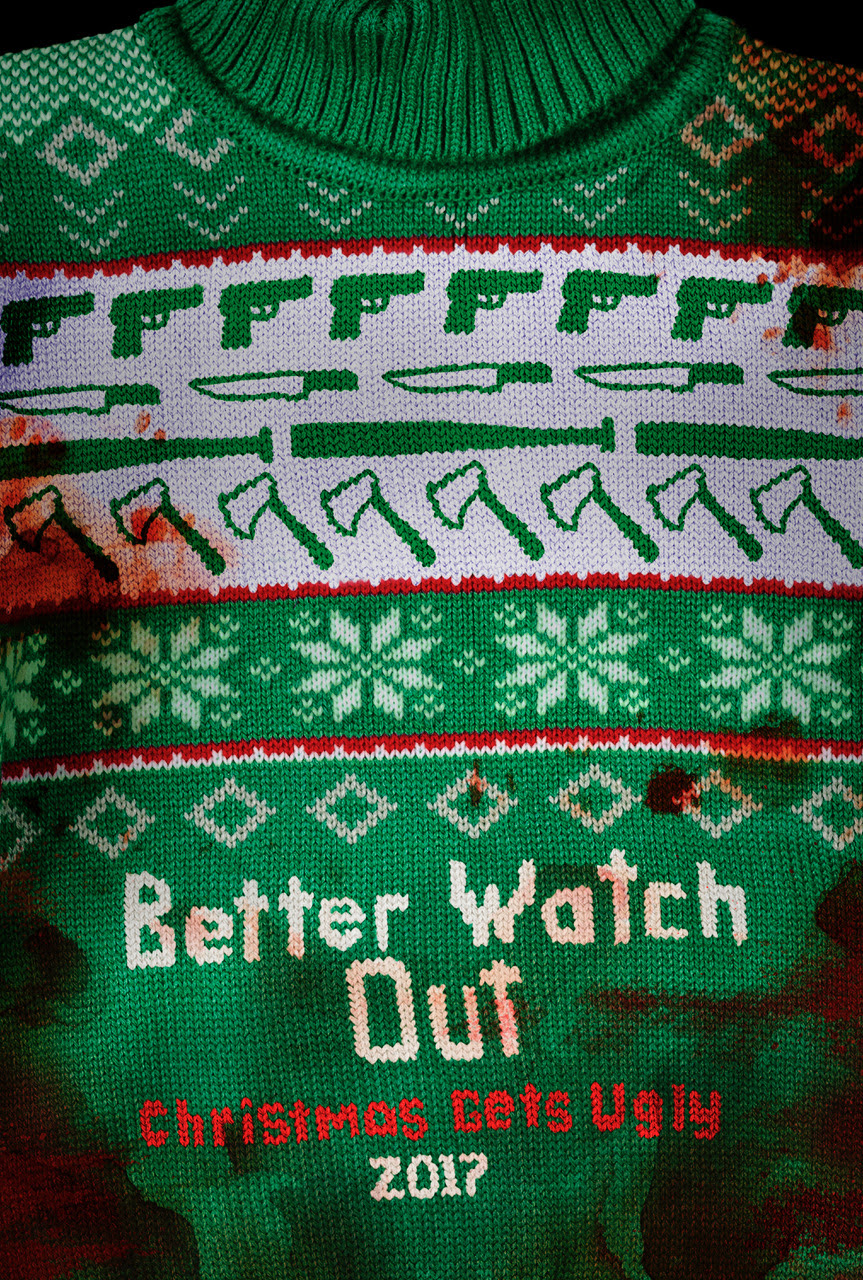 Right from the beginning, Peckover and co-scripter Zack Kahn throw entertaining fillips into a basic scary-movie setup: A pretty teenage girl, Ashley (Olivia DeJonge), is spending a Christmas-season night in a big house, babysitting 12-year-old-going-on-13 Lukas (Levi Miller). The introductory scenes get a big comic charge from Patrick Warburton and Virginia Madsen as Lukas’ parents, whose byplay is spikily funny before they depart. And even before they do, we learn that Lukas isn’t your typical kid; precocious beyond his years, he’s nursing a serious crush on Ashley, whom he knows has a boyfriend who doesn’t appreciate her.
Ashley, of course, has no interest in reciprocating his affections, but Lukas keeps trying—until mysterious figures start lurking, half-seen, outside the windows, scary phone calls begin and a brick scrawled with a menacing message is thrown through a window. A home invasion by masked, shotgun-toting attackers is imminent, and the circumstances render Lukas and Ashley plausibly unable to leave the house or call for help. (The movie previously played a number of festivals under the darkly ironic title SAFE NEIGHBORHOOD.) As the threat mounts, can this young boy prove himself a hero defending the girl he loves?
The answer, and the ramifications, are not what you expect, and the scenario takes a series of left turns that draw Lukas’ best friend Garrett (Ed Oxenbould, DeJonge’s co-star in THE VISIT) and later, Ashley’s boyfriend Ricky (Aleks Mikic) into the tense and intense situation. The level of danger escalates, the screws tighten and ever-more-desperate attempts are made to escape, all orchestrated with a sure sense of tone and timing by Peckover. Wringing the fear as much from an uncertainty of just how far certain characters will go as from the acts of violence themselves (which he pulls off with unnerving panache), he also laces BETTER WATCH OUT with wicked humor, not the least of which derives from staging the nastiness in a bright, cheery Yuletide milieu.
Also crucial to BETTER WATCH OUT’s success is its casting, particularly the trio of young leads, who impress and compel as they portray ordinary kids in extraordinarily deadly circumstances, dealing with heightened emotions. Also impressive: all three of them are Australian, doing flawless American accents. Peckover shot the film Down Under due to financing concerns, yet he and his behind-the-scenes team convince throughout that what we’re watching is taking place in Anysuburb, USA. In that setting, and its savaging of the Christmas spirit, BETTER WATCH OUT echoes Joe Dante’s GREMLINS, and it stands a good chance of becoming just as much of a holiday-horror perennial.