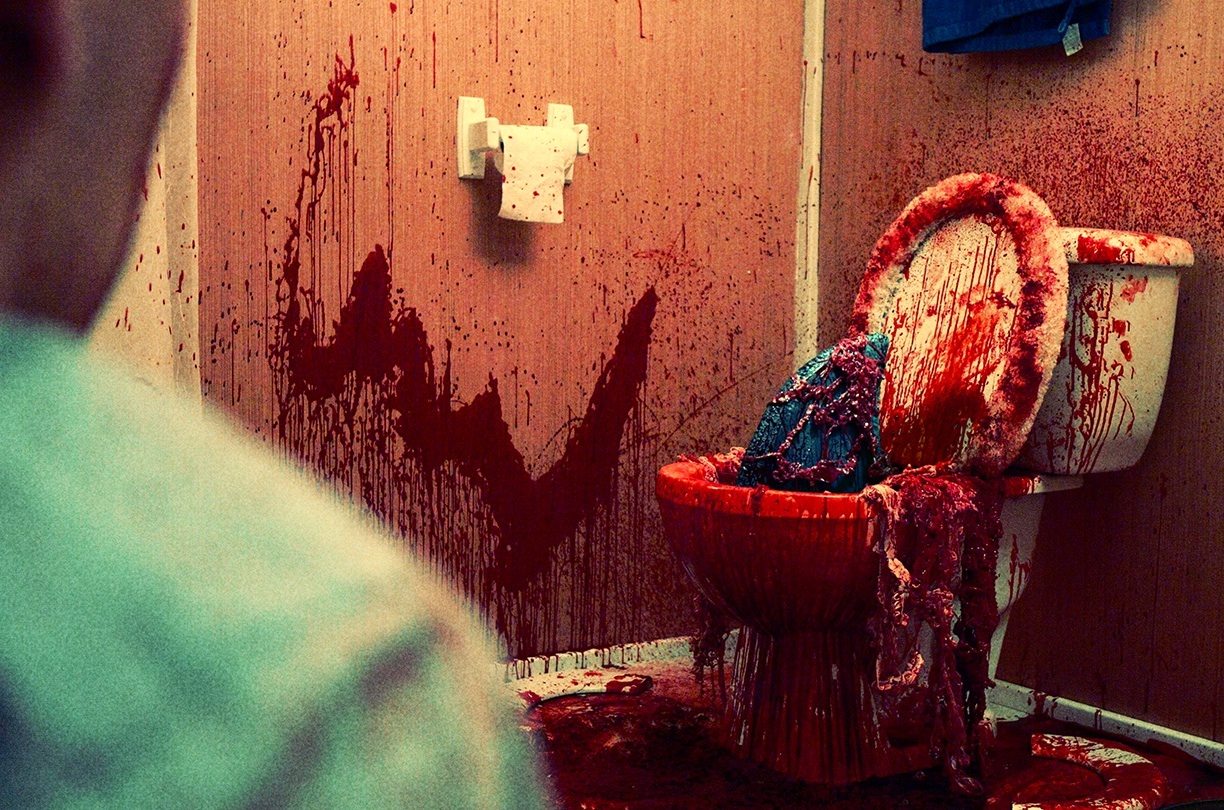 While SHARKNADO 5: GLOBAL SWARMING heads for its premiere this Sunday, another killer-fish flick is also getting closer to release. Writer/director Ron Bonk got in touch with a couple of exclusive pics and some words on HOUSE SHARK, and you can also check out the trailer below.
Currently in postproduction, HOUSE SHARK (which we previously told you about here) is an SRS Cinema production aiming for a film-festival run followed by a VOD release in spring 2018, and then a disc debut around June 20 (the same date JAWS hit theaters in 1975). Produced by Jonathan Straiton (NIGHT OF SOMETHING STRANGE), Tim Ritter (TRUTH OR DARE) and Howard Gromero (MS. CANNIBAL HOLOCAUST), the movie stars Trey Harrison, Michael Merchant, Wes Reid, Wayne W. Johnson, Nathan Bonk, Melissa LaMartina, Jennie Russo, Samantha Varga, Edward Mastin and Brett Janeski, with effects by Marcus Koch and Matthew Ash and music by Emmett Van Slyke.
The synopsis: “When Frank [Harrison] finds his happy home under attack by a dangerous but largely unknown breed of shark, he enlists the aid of the world’s only ‘house shark’ expert, Zachary [Merchant], and a grizzled former real estate agent, Abraham [Reid], to embark on a desperate quest to destroy the beast and claim back his life. It’s JAWS in a house!”
Bonk tells RUE MORGUE about the long-lasting influence of Steven Spielberg’s classic: “I remember seeing JAWS back in 1975 when I was like 6 years old. There were these giant puddles in the parking lot when we left, and I was afraid to even walk near them—that’s how much it scared me. But it wasn’t like the way THE EXORCIST scared me, where I was afraid to watch the movie again. I was suddenly fascinated by sharks. I wanted to instantly rewatch the movie, to play out the storyline with friends. To this day, I enjoy reading about sharks and studying them, and who doesn’t love Shark Week? I was fascinated by the presentation of the shark in JAWS as an emotionless eating machine, nearly unstoppable. It was a terrifying creation, and you can see how the idea inspired monsters since, like the creature in ALIEN or the shapeshifting visitor of THE THING.”
HOUSE SHARK, obviously, is in a more spoofy vein, as you can sample in the trailer below the pics. You can keep up with HOUSE SHARK at its official website and Facebook page. 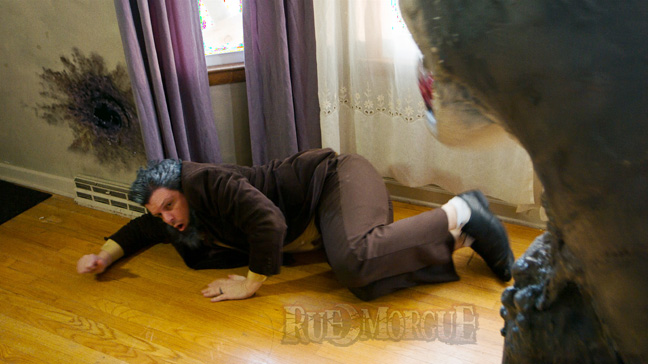 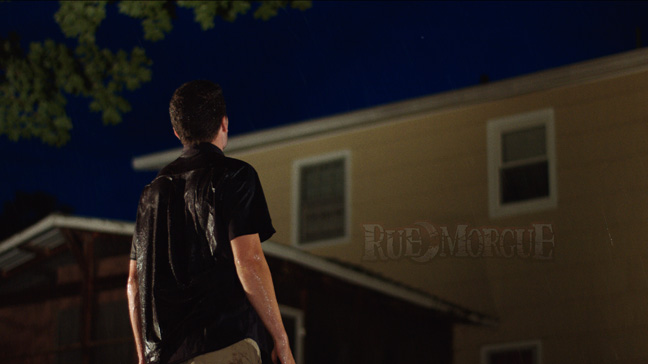