Let Banshee infect your shelf with this “HOT PINK WORMYBOI”

Artist Justin Gaitens (who sells his works under the Banshee brand name) has just released his “official” first sofubi-styled resin hand-made, hand-cast designer toy in his HOT PINK WORMYBOI. This kaiju-esque clear resin toy comes as in two pieces and snaps together to measure 5-inches in length and 2.75-inches height. 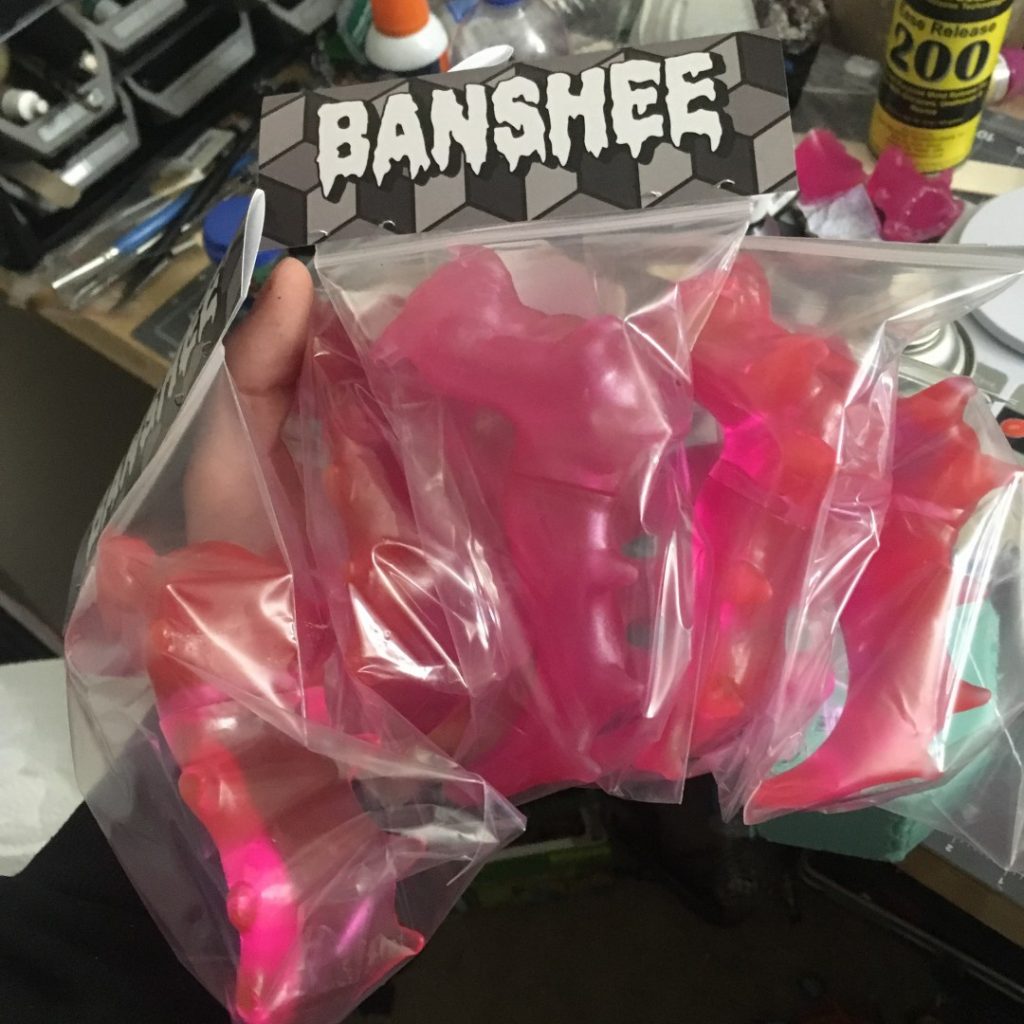 Gaitens studied video game programming in high school and never intended on getting into toy making until five years ago. He started to use a program brush and noticed how fun it was to create the monsters and creatures within his mind for the games he was developing. When in college he changed his major from computer science to arts, and, during this time, spent much of his days sculpting with clay, eventually happening upon resin and his first “toys”. Himself a collector of sofubi toys, Gaitens set out to create his own original toy which eventually resulted in “Wormyboi”.

“Wormyboi was created in an afternoon and was just messing around and trying new ideas that I’ve never seen done in resin,” he says. “I wanted to create a ‘sofubi’ like toy with multiple pieces and connections that fit together like a vinyl toy. I spent hours looking at other toys and researching vinyl toy sculpting and molding to figure out how the toys were made”. 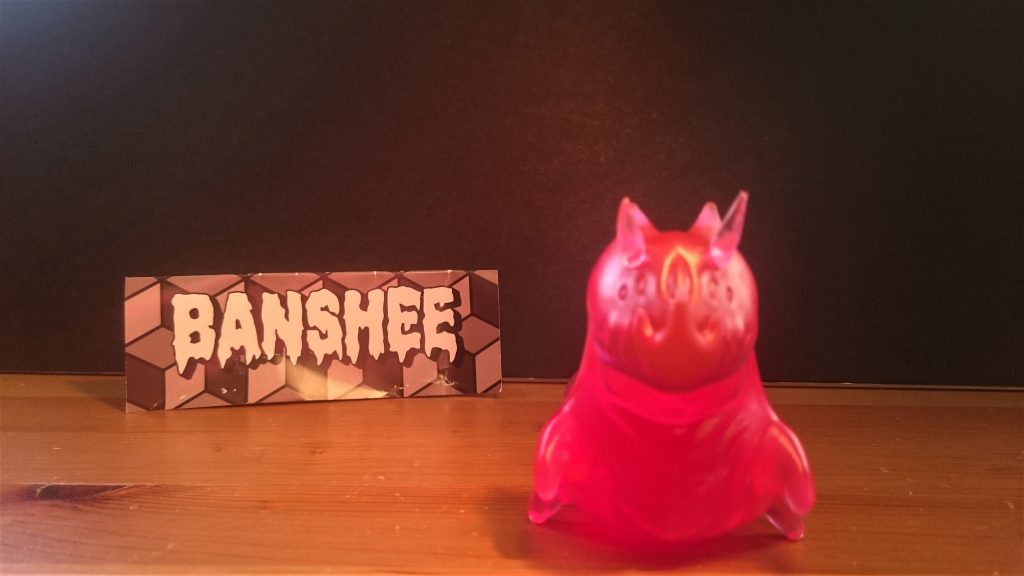 Before this toy even was officially released, Gaitensgot received an invite to show off his “Hot Pink” creation in Baltimore at The Dead Have Resin 2 show at Atomic Books. There, he met other fans of resin art and got real-time feedback on his product. Not surprisingly, he credits the event as the place where he realized toy making was something he wanted to pursue professionally.

Collectors will appreciate the detail,design and durability of Wormyboi; it feels quite solid for a two-piece figure. The Hot Pink colouring is beyond eye catching and would look great sitting in a lit display case. One thing to note is the two loose horns in the package that must be attached to the figure, take care to not overlook these. As with any hand-made resin figure, they are bound to have bubbles and seam lines (the one I received had very minor ones). Pricing is $35 USD, which is more than fair for a designer toy. 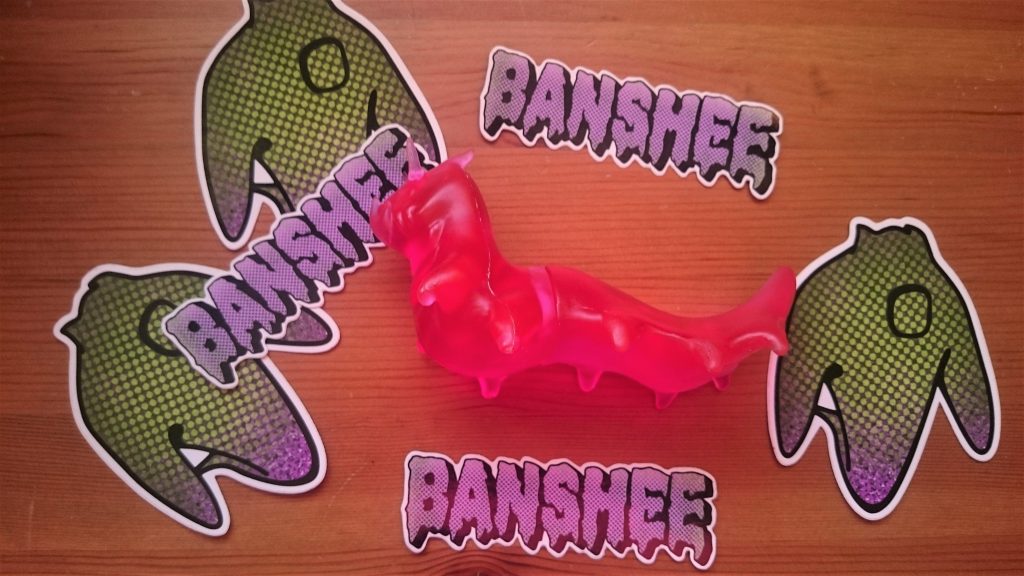 Expect many more great things and resin Wormyboi colourways in the future from the up and coming Justin Gaitens and his Banshee brand.  I have confirmation from the man himself that a “Banana Yellow” colourway Wormyboi will see a release this August, so keep an eye out for that.

Also noteworthy is the fact that with each colourway of Wormyboi will have a one off variant version (this will go to one random buyer). Capture your own Wormyboi and stay up to date with releases over at Justin Gaitens Banshee website below. 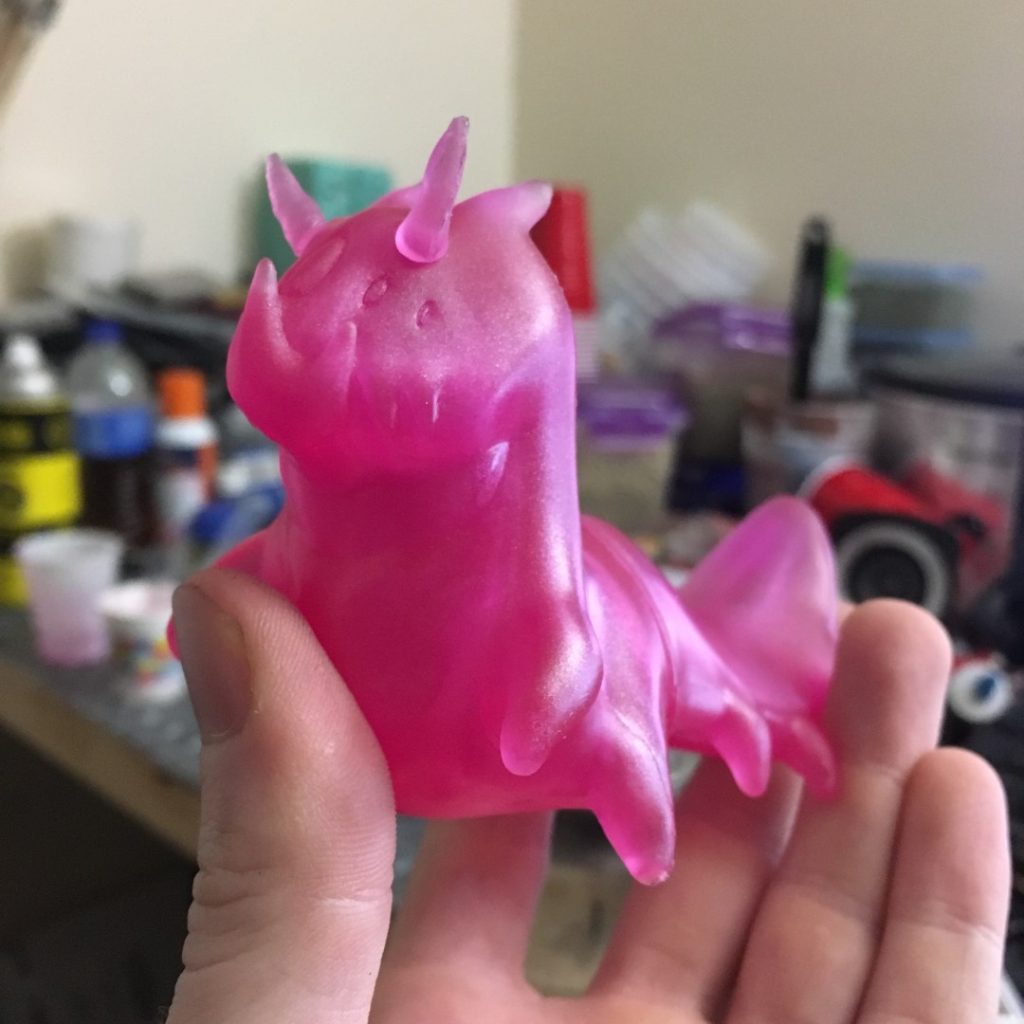