“PHOBIC” gives you more to be afraid of this month; trailer & poster

People’s terrors are turned against them in the serial-killer thriller.

Samuel Goldwyn Films releases PHOBIC on multiple digital platforms December 15. Written and directed by Bryce Clark, it stars Jacque Grey, Heather Beers, Devin Liljenquist, Tiffani DiGregorio, Ernie Lively, Alex Nibley and James Jamison. The synopsis: “Riley Sanders [Grey] is a Salt Lake PD Homicide detective. Her father was a famous detective and she strives to live up to his reputation. Riley experiences a debilitating reaction to a strobe-like light utilized by a masked man during a response to a distress call–and she is found catatonic. She takes a leave of absence. Back on duty, Riley and new partner Paul Carr [Liljenquist] begin to investigate murders where someone is killing clinical phobics by restraining them and exposing them to their fears. Riley sees herself in the profiles of the victims and learns she is more involved in the case than she could have ever imagined. The investigation leads her to Dr. Elizabeth Holden [DiGregorio], and an ongoing experimental trial in the treatment of phobias. Riley must figure out who is doing this and how it ties into her.” 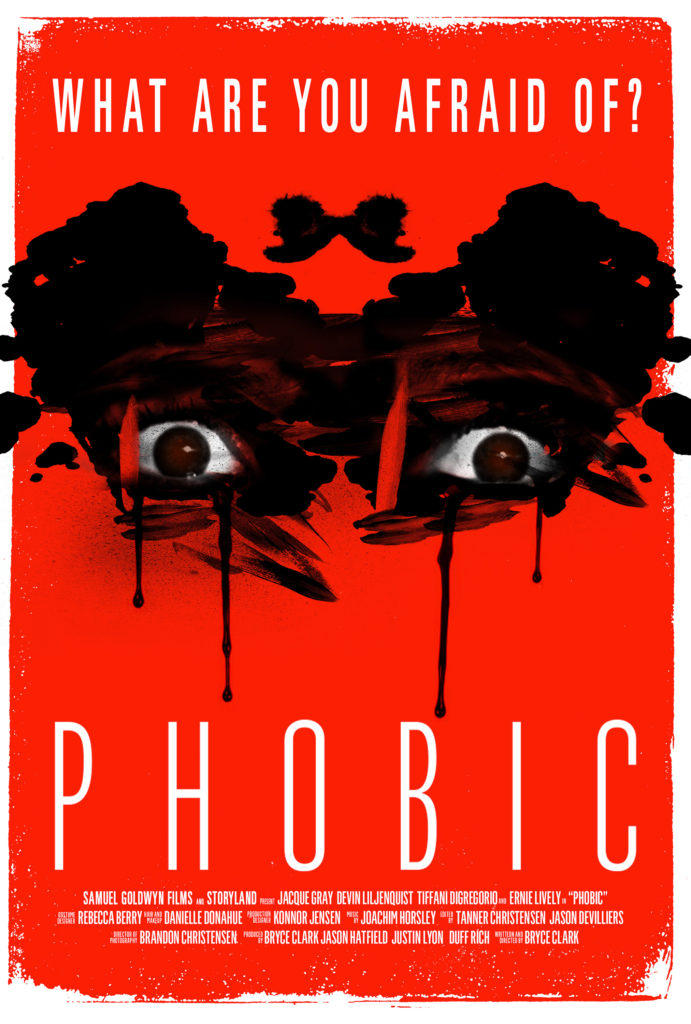