South America continues to make inroads into the horror genre as Venezuela unleases its first undead opus, INFECTION. It’s coming to America next month; read on for the details, trailer and art.

Dark Sky Films releases INFECTION on digital platforms and DVD April 14. Written and directed by Flavio Pedota, it stars Rubén Guevara, Leonidas Urbina, Magdiel González and Genna Chanelle Hayes; the synopsis: “After an outbreak of a new strand of the rabies virus turns the population into crazed, bloodthirsty cannibals, a young doctor finds himself separated from his son, with the rapidly decaying city and sprawling countryside standing between them. Navigating his way through the plague-infested streets and marauder-filled backwoods roads, he must use every resource at his disposal to find his way back to his only child and hopefully unlock the secret to a cure for the deadly disease.” 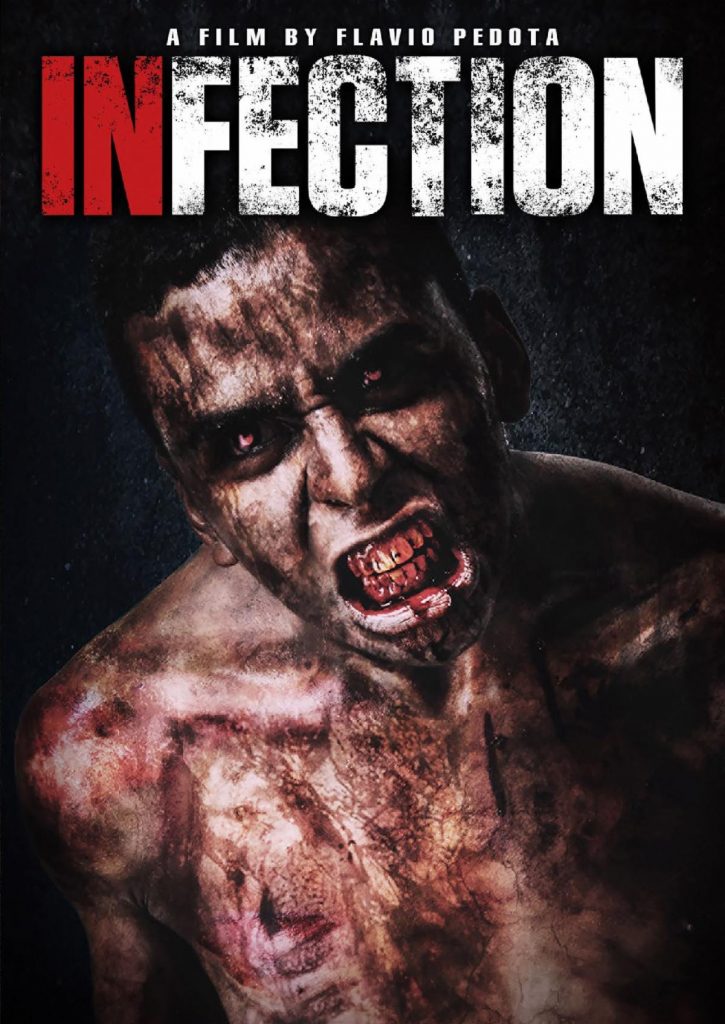