We’ve got the specifics on “RANDOM ACTS OF VIOLENCE’s” VOD/disc release; trailer & art

The line between real and fictional horror becomes bloodily blurred in the meta-themed shocker.

Previously a Shudder exclusive, RANDOM ACTS OF VIOLENCE will be released on VOD, digital HD, Blu-ray and DVD February 16. Actor Jay Baruchel (THIS IS THE END, TROPIC THUNDER) directed and co-stars in the film, which he scripted with Jesse Chabot from the comic by Jimmy Palmiotti and Justin Gray. The cast also includes Jesse Williams (THE CABIN IN THE WOODS), Jordana Brewster and Niamh Wilson; the synopsis: “Comic book creator Todd Walkley [Williams], his wife [Brewster], assistant [Wilson] and best friend [Baruchel] are heading to NYC Comic-Con when bad things start to happen–people start getting killed. It soon becomes clear that a crazed fan is using his SLASHERMAN comic as inspiration for the killings. And as the bodies pile up, and Todd’s friends become victims themselves, he is forced to face the killer and put an end to his notorious comic once and for all.”

Check out our review of the movie, our two-part interview with Baruchel and our chat with DP Karim Hussain. 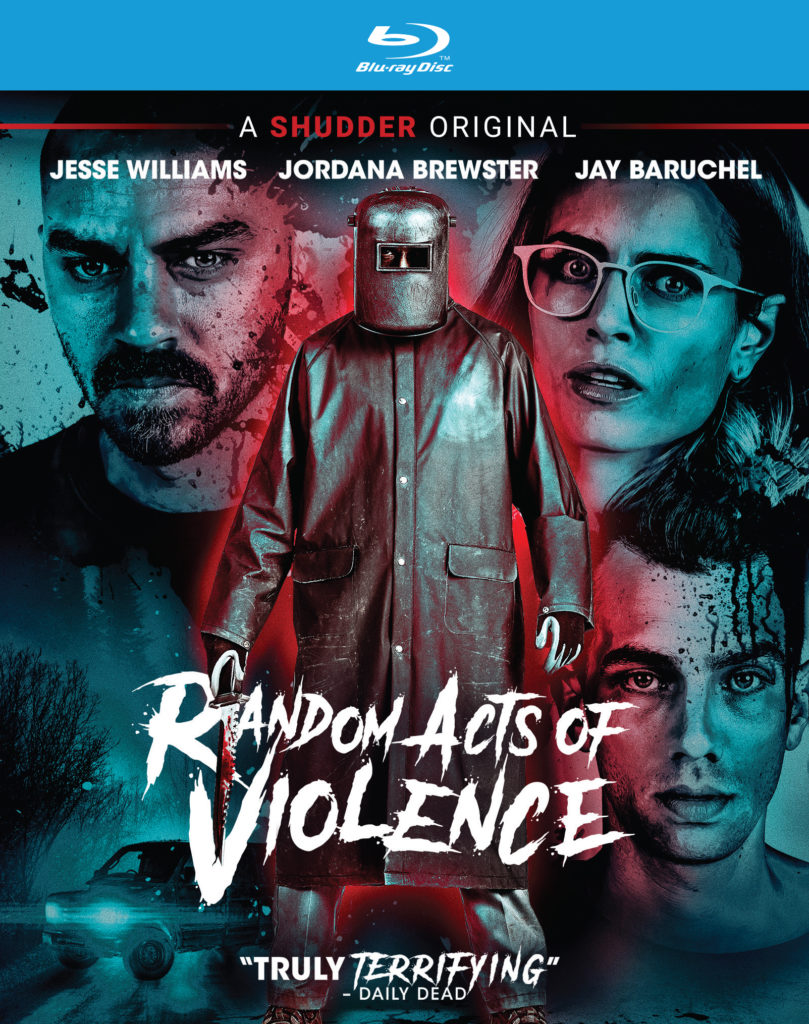